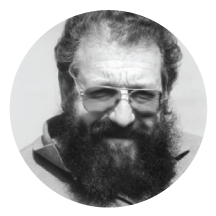 Rollin taught the first course ever done in the world in veterinary medical ethics, which has been a required part of the veterinary curriculum at CSU since 1978, and was a pioneer in reforming animal use in surgery teaching and laboratory exercises in veterinary colleges.  He is a principal architect of 1985 federal legislation dealing with the welfare of experimental animals, and has testified before Congress on animal experimentation.  He has consulted for various agencies of the governments of the U.S., Canada, Australia, the Netherlands, New Zealand, and South Africa on many aspects of animal research, for the Office of Technology Assessment of the U.S. Congress on genetic engineering of animals, for NIH on animal pain, and for the World Health Organization on using antimicrobials in food animals. He has consulted for the USDA/CSRS on farm animal welfare research, for APHIS on future planning, and for numerous multinational corporations on a variety of animal issues. These companies include United Airlines, McDonald’s, PETCO, DuPont, Chipotle, and the US Soybean Association. He served on the Pew National Commission on Industrial Farm Animal Production (PCIFAP) and on the Institute for Laboratory Animal Resources (ILAR) Council of the National Academy of Sciences. In 2008, he mediated a historic agreement between the Humane Society of the U.S. and Colorado agriculture resulting in legislation advancing the welfare of farm animals.