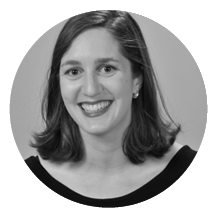 Alice Di Concetto founded Animal Law Europe, a consultancy based in Brussels, Belgium, specializing in EU animal law and policy. There, she serves as a European animal law specialist to major EU-based animal protection nonprofits and public administrations. She additionally is a lecturer in animal law at the Sorbonne Law School.

Over the past two years, working in public affairs, Alice has achieved the inclusion of additional provisions in favor of farm animal welfare in the EU Green Deal.

Prior to her arrival in Brussels, Alice completed a two-year appointment as a fellow in the Animal Law & Policy Program at Harvard Law School.

Alice earned a master’s degree in Animal Law (LL.M, 2016) from Lewis & Clark Law School (Portland, OR), for which she obtained a Fulbright grant. She graduated from Sciences Po Law School in Paris.