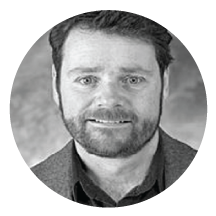 Will Fantle is co-founder of The Cornucopia Institute. He is also the organization’s Research Director.

Mr. Fantle’s previous professional experience is varied but always with a focus on the environment. He has worked in both the public and private sectors developing and promoting renewable energy technologies. Fantle has been a respected consultant in the area of recycling, focusing on municipal and industrial waste generators. For many years he was a regular contributor of feature articles on environmental, resource, food, and health issues for national magazines and urban weekly papers. He is a 2001 recipient of an award from Fairness and Accuracy in Media’s Project Censored for his story, Plutonium Pancakes. Mr. Fantle has also worked as webmaster for the Wisconsin Stewardship Network, a coalition of the state’s hunting, fishing and environmental groups.

Mr. Fantle graduated with honors from the UW-Eau Claire with degrees in Economics and Political Science. He has been a longtime environmental activist, has served on the boards of several environmental organizations active in Wisconsin, and serves on the Eau Claire County Board. He is married and resides with his wife Francie in Eau Claire, Wisconsin.