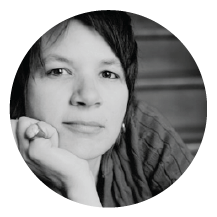 Director and producer Liz Marshall is an auteur filmmaker who fuses character-driven cinematic storytelling with social and environmental justice issues. Since the 90s she has created a body of award-winning documentaries shot around the world which illuminate a range of subjects including: animal rights; the right to water movement; HIV/AIDS in sub-Saharan Africa; sweatshop labour; corporate-globalization; the empowerment of girls and women; censorship affecting writers and journalists, and war-affected children. With a body of documentaries, shorts, television series, episodes and segments to her credit, Liz believes in the powerful platform of film/documentary to spur and elevate new perspectives. Liz’s most current documentary is the critically acclaimed The Ghosts In Our Machine.

Liz has a special interest in audience engagement and grassroots distribution, to help further the impact of her films in the world.