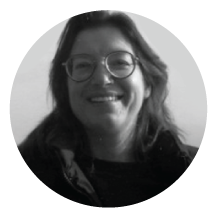 Laura Allen, Esq., is the founder and Executive Director of Animal Law Coalition. She is a trial attorney with more than 20 years of experience trying cases and arguing appeals in the state and federal courts in Washington, Illinois, Missouri and Arizona. Laura is also a member of the Board of Directors and the vice president and general counsel for Equine Welfare Alliance, an executive advisory board member for Saving America’s Horses, and a member of the Board of Directors for Animal World USA. She is a liaison for advisors to StubbyDog, a project to restore the image of the pit bull dog and also serves as an advisory board member for Miami Coalition Against Breed Specific Legislation. Laura is on the advisory board for WFLF Wild Capture Awareness and works with Compassionate Animal TV and Animal Advocate Television. She is a frequent speaker and a regular guest on Big Blend radio’s Nature Connection, Animals Today Radio and Wild For Life Endangered Talk Radio.