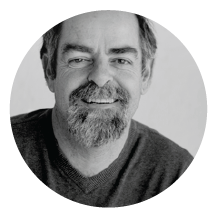 Kierán Suckling is co-founder and executive director of the Center for Biological Diversity. Suckling studied computer science at Worcester Polytechnical Institute and obtained a BA in philosophy from the College of the Holy Cross and an MA in philosophy from SUNY Stony Brook. He studied natural language processing as a fellow at the Stanford University’s Center for the Study of Language and Information and math at Columbia University. His philosophical work was primarily in phenomenology, hermeneutics, deconstruction, modern philosophy and philosophy of language.

Suckling has published numerous essays on the link between the loss of biological and cultural diversity and the essential relationship between environmentalism, the arts, and the rights of marginalized communities and people. Suckling has also published articles assessing trends in conservation of imperiled species, the effectiveness of the Endangered Species Act, the relationship between the loss of linguistic and biological diversity, and the role of plants and animals in human life, language and culture. His recent works are an examination of “frog prince” stories in Brothers and Beasts: An Anthology of Men on Fairy Tales and ”Three catastrophes, one sky,” and a reflection on mass extinctions and global warming in Terrain.

The New Yorker has dubbed Suckling’s organization, the Center for Biological Diversity, “the most important radical environmental group in the country” and Suckling a “trickster, philosopher, publicity hound, master strategist, and unapologetic pain in the ass.” The LA Weekly calls the Center “pound for pound, dollar for dollar, the most effective conservation organization in the country,” and says of Suckling: “Rimbaud reinvented poetry. Kierán Suckling would do the same with environmentalism.”