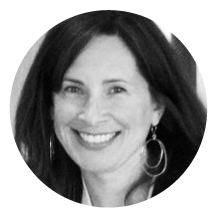 Kelly Peterson is the Oregon Senior State Director for The Humane Society of the United States. After nearly ten years as a Senior Vice President for The HSUS, Kelly Peterson has come home to her first love and roots as Oregon Senior State Director. For nearly a decade, Kelly drove and directed the state legislative strategic priorities for The HSUS, working closely with the state directors throughout the country to support and advance animal welfare legislation, fight animal cruelty, and engage like-minded citizens in promoting the protection of animals. Today, she is thrilled to be able to give her whole heart to the community and native state that helped shape her values and beliefs today.

Thanks in part to Kelly’s efforts in Oregon, animals are now included in disaster planning, and Internet hunting, delivering/accepting non-ambulatory livestock at an auction market/stockyard, and acquiring exotic animals as pets are banned, and stronger penalties for attending and participating in staged animal fighting are in place. Kelly also helped lead the fight to regulate puppy mills by capping the number of breeding dogs that breeders can possess, while establishing significant humane standards for breeders. Kelly’s efforts also helped pass legislation to make Oregon the first state to ban the confinement of breeding pigs in gestation crates. More recently, because of her leadership, Oregon passed one of the toughest anti-tethering laws in the country, and Oregon voters approved Ballot Measure 100, a citizen initiative that prohibited the sale of products & parts from elephants, rhinos, lions, pangolins, sea turtles, sharks and other threatened animals.

Kelly also advocates for animals in her spare time, having co-founded Fences for Fido, an award-winning non-profit that reaches out to families with dogs living outdoors on chains. The group provides a free fence, spay/neuter, and a new doghouse for each dog. Founded in May 2009, Fences For Fido (FFF) has built free fences for over 2,000 dogs throughout Oregon and Washington and raised over two million dollars to unchain dogs.