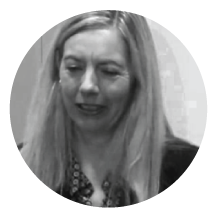 Karen L. Snell is a constitutional litigator, focusing on civil rights, federal criminal defense and complex civil litigation. She has successfully represented plaintiffs in a number of civil rights matters, including excessive force, unlawful search and seizure and First Amendment cases. She has successfully sued for damages under the federal civil rights act on behalf of dog owners whose pets were shot and killed by police officers. Ms. Snell is also a nationally recognized expert in international extradition defense.

Ms. Snell graduated from Stanford University with a B.A. in philosophy in 1977. She received her J.D. from Stanford Law School in 1981. She began her legal career at the San Francisco law firm Morrison & Foerster. In 1989 she joined the Federal Public Defender’s Office in San Francisco, and eventually became the Supervising Attorney in charge of training trial attorneys. In 1996, Ms. Snell formed Clarence, Snell & Dyer LLP, a five attorney litigation firm where she was a named partner until 2003. She now handles select civil rights cases from her home in San Francisco and serves as General Counsel of the Institute for International Criminal Investigation, a non-profit organization that trains war crimes investigators.

Ms. Snell is a Fellow in the American College of Trial Lawyers. She was appointed to the founding Board of the Habeas Corpus Resource Center by California Supreme Court Chief Justice Ronald George, and was a founding member of San Francisco Women Lawyers’ Alliance. She served for many years as the chair of the California Attorneys for Criminal Justice Federal Practice Committee. She regularly teaches ethics for the Northern District of California Criminal Justice Panel and has taught trial advocacy at Stanford Law School, University of San Francisco, and Cardozo Law School.