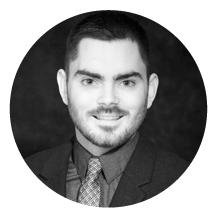 John Hopkinson is an attorney based in Portland, Oregon who recently spent three years working for the Investigations Department of the Oregon Humane Society. He assisted district attorneys throughout Oregon, overseeing criminal animal cruelty cases from citation through prosecution. In addition, he wrote and presented testimony during legislative sessions in support of animal protection bills, facilitated trainings for law enforcement professionals, and assisted on large-scale seizures with evidence collection and documentation. Outside of Oregon, John deployed with the ASPCA Field Investigations and Response Team on large-scale animal cruelty cases.

John previously worked as a legal intern for Compassion Over Killing in 2014. He received his B.S. from the University of Illinois in 2011 and his J.D. from Lewis & Clark Law School in 2016.