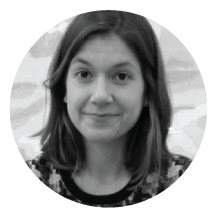 Izzie Lerer is founder and CEO of The Dodo. She received her PhD in Philosophy from Columbia University, where her research focused on animal ethics and human/animal relationships. Prior to Columbia, Izzie studied philosophy at Princeton. She was named one of Fast Company’s Most Creative People in 2014, and was included on Business Insider’s “Silicon Alley 100” list for 2014, as well as Forbes’ “30 Under 30” list for media for 2015.