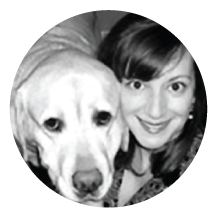 Heidi Moawad is an Oregon native. She attended Whittier College for her undergraduate studies, double-majoring in Political Science and Theatre. A few years after returning home, she enrolled in the University of Oregon School of Law graduating in 1999.  Moawad began working immediately at the Multnomah County District Attorney’s Office. In 2005, she left briefly to work as Counsel to the Judiciary Committee in the Oregon State Legislature. While at the District Attorney’s Office, Moawad has been assigned to several units including the misdemeanor intake unit, the misdemeanor trial unit, the neighborhood program, the felony property unit, drug unit, and she is now in one of the office’s major felony units. Her current assignment in the major felony unit includes handling felony animal abuse cases. Moawad enjoys working with members from the Oregon Humane Society and Multnomah County Animal Control prosecuting these cases. Having one individual assigned to handle the cases provides a streamlined manner of investigation and prosecution.

Heidi’s aggressive prosecution of profoundly cruel animal abuse in the White Socks kitten case helped improve the flawed sentencing system that capped the state’s ability to put the offenders away for a meaningful period of time. The two men were sentenced last April to jail time, mental health evaluations, and prohibitions on contact with animals after torturing their Portland roommate’s 7-week old kitten, White Socks, finally striking her with a hatchet until she’d been nearly decapitated and throwing her body over a backyard fence.