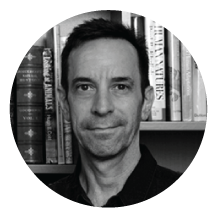 Dr. Geordie Duckler heads The Animal Law Practice, a unique private law practice based in Portland, Oregon, whose clients are a wide host of companion, domestic, commercial, farm, ranch, wildlife, livestock and exotic animal owners, and whose focus is on the litigation and trial of animal-related disputes and injuries in cases across the country, state and federal. Representing plaintiffs and defendants on hundreds of unique animal cases each year ranging from minor code violations to major injury and death suits, Duckler’s practice is the only one of its kind on the West Coast and one of only a handful in the nation.

As a scientist, Duckler received his doctorate in biology from UCLA in 1997. Throughout the 1990’s, he lectured and published extensively on animal anatomy and the role of disease in ancient and modern populations. He received his gross anatomy training from UCLA Medical School and his orthopedic pathology training from the Center for Advanced Medical Education at the AFI Institute of Pathology in Washington, D.C. His original scientific research in the paleopathological diagnosis of disease conditions in late Pleistocene and Holocene mammals in North American assemblages interpreted fossil evidence for increased physiological stress through pathological indicators, gross trauma, and skull and tooth abnormalities, and his numerous publications in the Journal of Vertebrate Paleontology and Animal Conservation contributed to a better assessment of animal health, including a better evaluation on stresses in endangered Florida pumas. That work established the very first use of Harris lines in paleontological research as a general health indicator. His modern fauna research and anatomical dissection of cranial and masticatory musculature of captive felids at the Los Angeles County Museum, and his publications in Zoo Biology describing previously unknown features in large felids raised in captivity, recorded, for the very first time, new musculatory and osteological formations in the skulls of captive tigers and contributed to a better understanding of the health of zoo animals.

As an attorney, Duckler received his J.D. from Lewis & Clark Law School in 1987 and over the last 24 years has practiced civil and criminal law primarily in Oregon and California. His 1997 law review article on zoo animals received national recognition and became the focus of a landmark law conference by the Bar Association of New York. Other law review articles have addressed the economic value of domestic animals from an anthropological perspective, analyzed evidentiary problems in the proof of animal legal issues, and criticized the promotion of animal “rights”. In 2001, Duckler made national headlines as counsel in Brock v. Rowe, a civil action in Washington County, Oregon that garnered significant attention for championing the tort of “loss of companionship,” as well as for the recovery of emotional distress damages for companion pet owners. In 2006, Duckler again made headlines in Greenup v. Weaver, a civil action in Clackamas County, Oregon that garnered national and international attention for championing loss of companionship as well as for obtaining one of the highest jury verdicts in the country in a companion animal death case. In 2008, Duckler was once again covered extensively in national and international press for representing the owner of the infamous black-tail deer “Snowball” in Filipetti v. Oregon Department of Fish and Wildlife, a civil action in Clackamas County disputing rights of private possession in rescued wildlife.

Along with representing a diverse clientele of pet owners, animal shelters, recreational riders, commercial farmers, ranchers, neighborhood associations, specialty dog and cat breeders, stable owners, animal welfare activists, sportspeople, consumers, veterinarian clients, and private adoption agencies, Duckler has taught animal law courses as an adjunct professor at Lewis & Clark Law School in Portland, sits regularly as a hearings officer for Multnomah County Animal Services, and presents yearly professional CLEs in both Oregon and California on animal law for the state bars. Duckler is frequently profiled in regional and national newspapers and magazines, as well as on television and radio programs about animal law issues and cases, including in The Oregonian, The Tribune, Willamette Week, The National Law Journal, Court TV Radio, Geraldo, Newsweek, The New Yorker, Playboy, and on National Public Radio, Canadian Broadcasting, and the BBC. He writes a regular column for The Bark magazine as its resident legal expert, and was featured in two National Geographic nature documentaries in 2007 and 2009. Most recently, Duckler has been collaborating with Dr. Sebastien Gay, an economics professor at the University of Chicago, on an upcoming book about an objective assessment of the value of dogs as companion pets. Duckler anticipates commemorating his 1000th animal law case this summer.