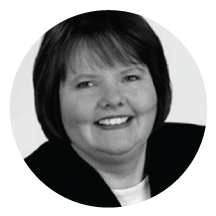 Dr. Gail C. Golab is director of the American Veterinary Medical Association’s Animal Welfare Division and the first U.S. veterinarian ever to be credentialed in animal welfare.

Dr. Golab has a long history of commitment to ensuring the welfare of animals, starting as an undergraduate student engaged in biomedical research, when she served on a predecessor to today’s institutional animal care and use committees, which protect the welfare of laboratory animals. As a graduate student at Texas A&M University, she co-founded a student chapter of the Society for the Prevention of Cruelty to Animals in order to provide education directed at reducing the number of students relinquishing pets at the end of semesters. After graduation from the University of Illinois College of Veterinary Medicine in 1991, she provided medical and surgical services, and assisted with policy development, for local humane societies. She serves on several scientific advisory committees developing guidelines and standards for the care of animals used for agricultural purposes.

Dr. Golab earned her membership level credential in the Australian College of Veterinary Scientists’ (ACVSc) Animal Welfare Chapter in 2008. Australia is the only country that offers an animal welfare certification for veterinarians.

A longtime AVMA staff member, Dr. Golab worked for several years in private practice before joining the association as a scientific editor for the Journal of the American Veterinary Medical Association and the American Journal of Veterinary Research. She moved to the AVMA Division of Education and Research as an assistant director in 1998 and became an assistant director in the Communications Division in 2001. She moved to the newly created Animal Welfare Division as associate director in 2006 and was named Animal Welfare Division director in 2007.