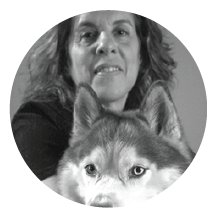 Diane Balkin is a senior staff attorney for ALDF’s Criminal Justice Program. She began her career as a prosecutor in the Denver District Attorney’s Office in 1979, where she has worked for the last 32 years. When she retired from the DA’s office on July 15, 2011, Diane was the Chief Deputy District Attorney (trial attorney) where she prosecuted all types of felonies (including homicides) and supervised a team of junior lawyers and support staff. Diane also served as the “animal crimes” prosecutor in her office where she demonstrated time and time again her commitment to ensuring both an effective investigation and an aggressive prosecution of every animal cruelty case within her jurisdiction.

Prior to becoming Chief Deputy, Diane served as the director of the Complex Prosecution Division where she was the legal advisor to the Denver County Statutory Grand Jury and she supervised the investigation and prosecution of crimes committed against the elderly. She has also served as the director of the Juvenile Division and the Domestic Violence Unit. Diane was appointed to the Colorado State Board of Veterinary Medicine in June 2001 and served on the Board for 8 years. She received her J.D. in 1977 from the University of Denver and is a nationally ranked lecturer on animal cruelty investigations and prosecutions with a strong emphasis on training veterinarians.