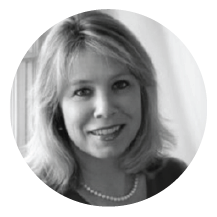 Dana Campbell is presently an adjunct professor at Lewis & Clark Law School, teaching classes on crimes against animals and on the link between human and animal violence. For the past 3 years, as their first CEO, she ran the Australian national think tank on animal law called Voiceless, which focuses on farm animals and the commercial kangaroo industry. Just prior to that she was a senior attorney for 12 years with the Animal Legal Defense Fund, and taught as an adjunct professor at Cornell Law School.

Ms. Campbell has advised the Delaware and New Jersey Governors’ Task Forces on Animal Welfare, as well as the Oregon Zoo. She is the author of the Legal Advocates’ Manual for Animal Abuse Criminal Cases, and has been a source for innumerable television, radio, and print media interviews.

Prior to her animal law career, Ms. Campbell was a deputy district attorney both in Oregon and in Maui, Hawaii, and successfully tried hundreds of criminal cases in court, specializing in animal cruelty and neglect, domestic violence, and child sex-assault cases. She earned her B.S. degree at Oregon State University, and her J.D. at Lewis and Clark Law School.