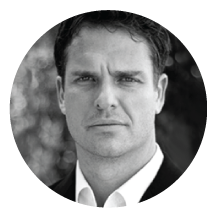 Carter Dillard is the director of litigation for the Animal Legal Defense Fund. Carter helped quadruple within less than three years the number of matters the organization had filed, and he has helped achieve judgments, settlements, and precedent that among other things replaced negligent management at public shelters, ended systematic abuses at factory farms and hunting facilities, moved wildlife from ramshackle roadside zoos into sanctuaries, improved standing for animal advocates, and halted false advertising of animal products. He also serves as Chair of HavingKids.org, an organization moving the world from a one-sided family model, focused on parents, to a three-sided model focused holistically on parents, children, and their communities.

Carter previously served as General Counsel for Compassion Over Killing and as Director of Farm Animal Litigation for the Humane Society of the United States. Carter began his career as an Honors Program appointee to the U.S. Department of Justice and later served as a legal advisor to the U.S. Department of Homeland Security, in the National Security Law Division. He has taught on the faculties or held appointments at University of Oxford, Lewis and Clark Law School, Emory University School of Law, and Loyola University New Orleans, College of Law. He holds a B.A. from Boston College, a J.D., Order of the Coif and with honors, from Emory University, and an LL.M. from New York University where he wrote his thesis—on a deeply theorized right to have children—under Jeremy Waldron. Carter has written a dozen articles, including peer-reviewed pieces, on animal protection and human population ethics.